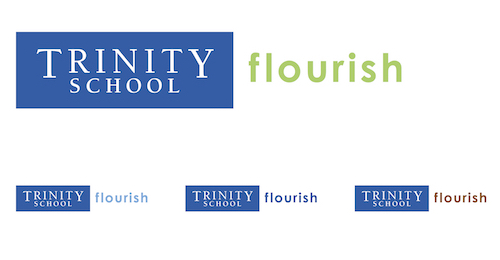 After Trinity School worked with Mindpower Inc, a local agency, to develop its brand and revamp its visual identity, I created the digital elements necessary to implement the strategy.

“Flourish” became the tagline, and the overall look and feel was clean, white, and vibrant. The focus shifted from the institution telling the school’s story to the students telling the story: experiencing Trinity through the words of the students.

Print pieces were the first to reflect the new visual identity. I edited photographs (removing existing backgrounds) and created ads to appear in numerous publications.

While recording students’ speeches at open house events, I captured compelling quotes to use for social media and other digital platforms.

Trinity School’s website had not seen major design updates since its redesign/overhaul in 2007. As the school planned to undergo a major overhaul of the entire website (CMS and front-end design), I manually redesigned the site to update its look and adhere to the new visual identity.