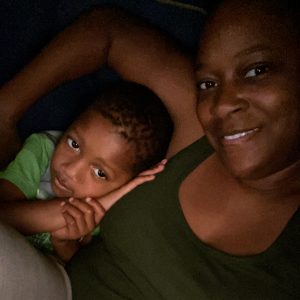 Most of today looked like this, and it was so wonderful. We watched one of his favorite Netflix shows and cuddled while it rained. It was so perfect!

Then at one point, late this afternoon, I completely lost my cool when Davis, failing to listen to my repeated instructions, knocked over a can of sparkling water. I yelled—LOUDLY—then I told my husband that I needed some time to myself.

About an hour later, I went to talk to Davis, and I started by apologizing for yelling the way I did. My intention was to use the tactics I learned from Natalie Hixson when she was on The Shameless Mom Academy podcast (episode 430).

But it all went out the window right after I said, “It’s ok to get angry and frustrated, but it’s not ok for me to act that way,” because his response was, “You acted like a little toddler. You’re a grown-up and you should have known better, but you acted like a toddler.”

I literally forgot what I was supposed to say next.