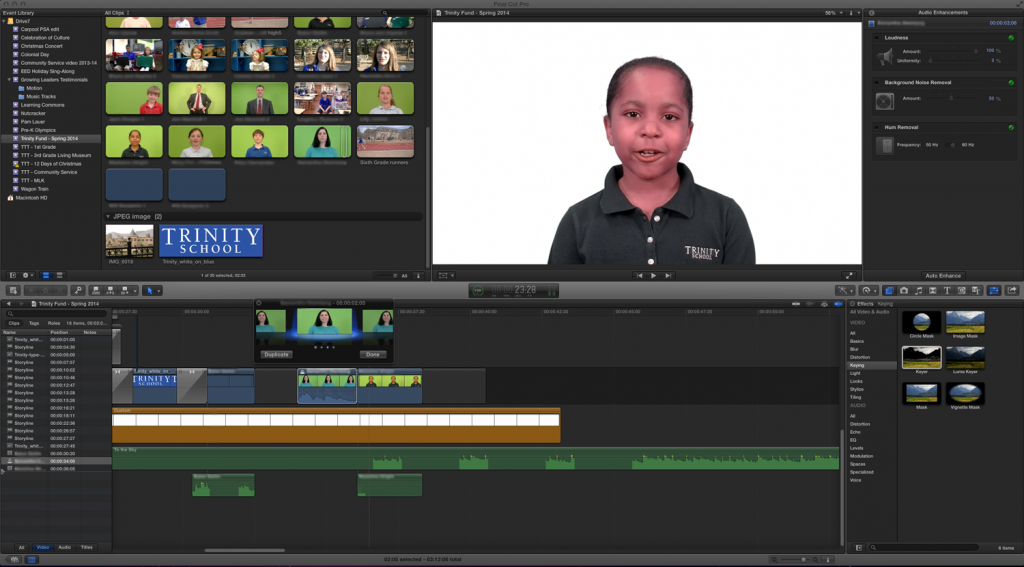 I just started editing the spring video for The Trinity Fund. This is actually the first time I’ve used Final Cut Pro X for this kind of project. I’ve only been using it since December, and the closest project I’ve done of this nature is the video I produced for Trinity’s capital campaign.

After I was trained in Final Cut Pro X in November, I wrote a post about its features. After getting into a little more complex editing with the spring video last week, I have a few more observations:

Overall, I still love Final Cut Pro X, and I’m excited about using it for this production, especially since this is the project that I worried most about when I was just starting to use this software.